Kidnapping, A Bar and The Tooth Fairy! Plus a Girl that can Predict The Future. 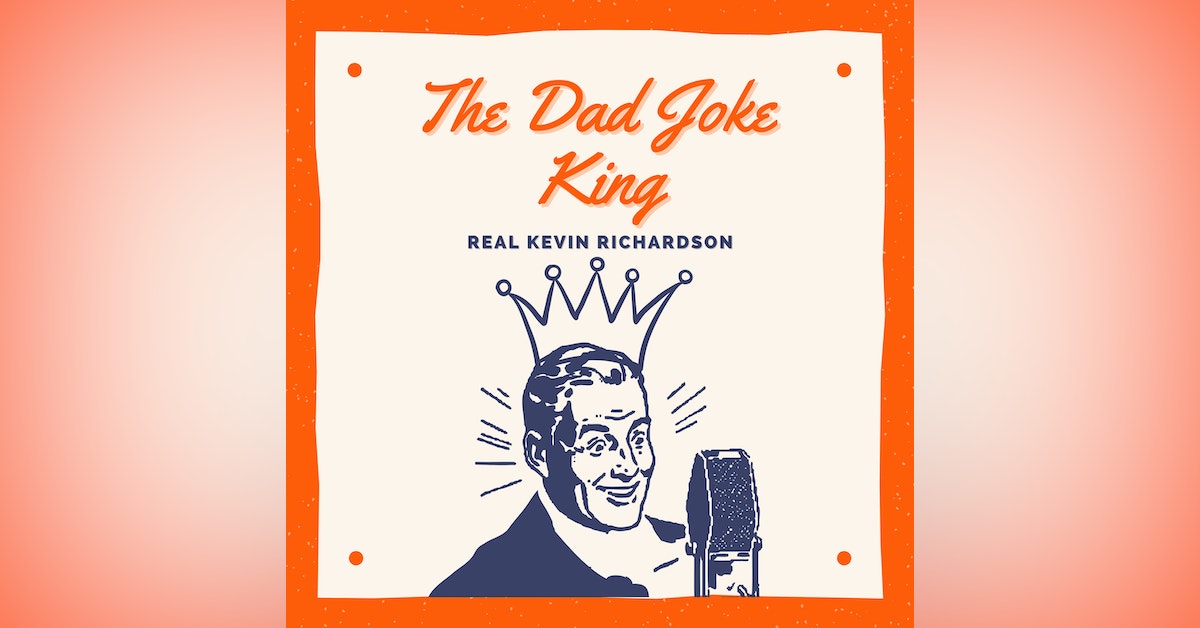 This is the Real Kevin Richardson and welcome to the dad joke king. The home of the sometimes-funny dad joke, but I wouldn’t count on it.

In todays show, I have a joke about a kidnapping, but I warn you there is nothing really funny about kidnapping. Also a joke about walking to the bar. Then we’ve got the rapid fire dad joke medley and a parenting tip about the Tooth Fairy you will not want to miss. Oh yeah, I also have a story in the after show about a girl who can predict the future that you won’t believe.

(Let’s do that thang)

Did you hear about the kidnapping at school? Don’t worry, the teacher woke him up.

The Dad Joke of the week

Alright, here is the Dad joke of the week…

It takes me ten minutes to walk to the bar, but an hour to walk home. The difference is staggering.

Parenting Tip of the Week

Before we go let me give you some advice. Your parenting tip of the week is…

Make sure your kids have a piggy bank they put cash in. That way, when you forget cash for the Tooth Fairy, you always have some handy.

And speaking of coffee…

What do you do to stop getting told a ton of coffee jokes? Use a coffee filter!

Outro - Thanks for listening to the Dad Joke King. Visit DadJokeKing.com for more sometimes funny dad jokes, but I wouldn’t count on it. See ya!

Thanks for sticking around… before I share this story that I heard. I want to thank you again for listening to the show. I mentioned before you can buy me a cup of coffee. If I am not worth the $2 bucks then you can also go to dadjokeking.com and help me out by clicking on the tell a dad joke button and tell me your favorite dad joke. I know your joke will be much better than mine. So prove it!

Alright, I heard this story...

A father put his three-year-old daughter to bed, told her a story, and listened to her say her prayers, which she ended by saying

Father said, "Why did you say good-bye grandpa?"

The little girl said, "I don't know, daddy. It just seemed like the thing to do."

The next day grandpa died. Father thought it was a strange coincidence.

A few months later, the father put the girl to bed and listened to her prayers, which went like this: "God bless mommy, God bless daddy and good-bye grandma.

The next day the grandmother died.

"My gosh," thought the father, "this kid is in contact with the other side.

Several weeks later when the girl was going to bed, the dad heard her say "God bless mommy and good-bye daddy."

He practically went into shock. He couldn't sleep all night and got up at the crack of dawn to go to his office. He was nervous as a cat all day, had lunch sent in, and watched the clock. He figured if he could get by until midnight he would be OK. He felt safe in the office, instead of going home at the end of the day he stayed there, drinking coffee, looking at his watch, and jumping at every sound.

Finally midnight arrived. He breathed a sigh of relief and went home.

When he got home, his wife said, "I've never seen you work so late. What's the matter?"

He said. "I don't want to talk about it. I've just spent the worst day of my life.

She said, "You think you had a bad day. You'll never believe what happened to me.

This morning the mailman dropped dead on our porch."

See you next week!